To have the optimal experience while using this site, you will need to update your browser. You may want to try one of the following alternatives:

The 2019 SERVPRO Racing Season Has Begun! 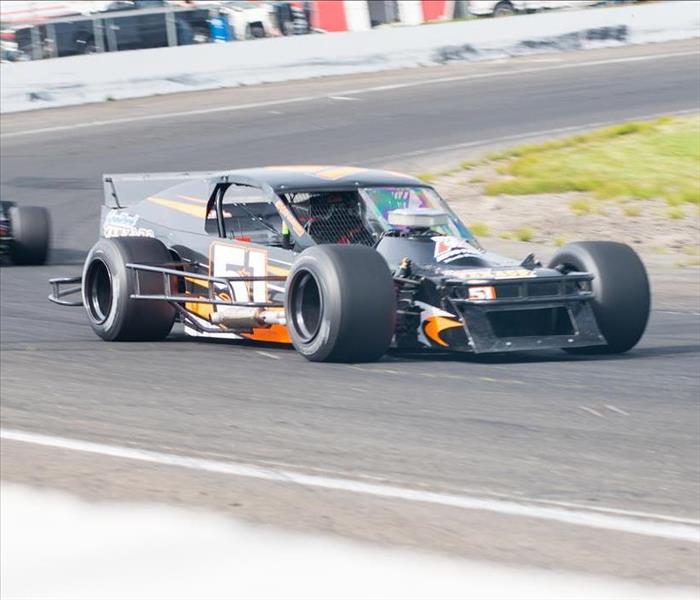 This year's racing season is starting and SERVPRO's own Johnny O'Sullivan is off to a great start.

John was recently interviewed at the Thompson Speedway in Thompson, CT about his start from Legends to now also racing an SK Light Modified car.

“The learning curve was really about learning the space you have on the track where you have to be a lot more cautious with such a bigger car,” O’Sullivan said. “It was easier to drive by itself but tougher to race. I love the Modifieds and I love the Legends Cars. Both are great divisions and both have great people.”

Even before that, there was a much larger learning curve for O’Sullivan when he started in the Legends Cars with absolutely no experience behind the wheel. His team didn’t even have a reliable set of tools to carry to the track when they decided to begin the effort.

“It was definitely tough in the beginning, we had to buy the car, the trailer, everything,” O’Sullivan said. “Then, we had to actually go out there and figure out what we were doing… even driving the car. It was a huge learning curve the first couple of years. We had help with the Churchill family, and they are still a big help today. We found some success, and last year, we had a huge amount of success.”

See you at the races!